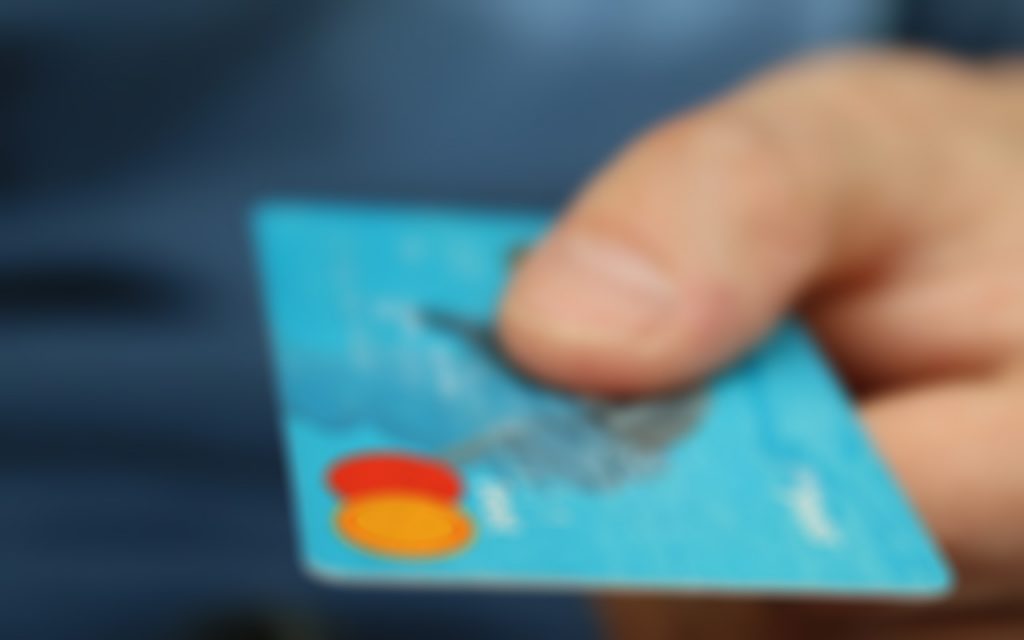 The busy holiday season was in full gear. Carefully documenting the gifts I purchased on my Christmas app, I decided to check my account balance. Boy was I in for a big surprise!

I could feel my face getting hot and the pounding of my heart in my chest when I discovered a zero balance in my checking account. My pulse raced faster and my chest tightened as I discovered that I was charged twice for the MacBook Pro I purchased.

The same MacBook I saved for years to pay for with cash via my debit card.

10 days before Christmas my bank took every penny out of my checking account and charged my linked Visa over $2,000 in overdraft protection.

The same Visa I diligently made payments on every month as I slowly chipped away my debt over the last few years.

I had stayed out of malls. I had stopped looking at email ads. I didn’t go out with friends as much. And the familiar, happy ding of the doorbell that signaled a package waiting for me like a warm, temporary hug became unfamiliar.

I did this for years until one day, I saw the balance of freedom. Zero debt.

I saved all my extra money from birthdays and Christmas and a settlement from a car accident to pay cash for this laptop.

It was the biggest purchase I’d ever made. And It felt so good not to charge a dime of it.

I’ve learned my lesson about debt. Debt is costly. Click To Tweet It creeps up on you if you’re not careful. It stacks and stacks until it’s a mountain that feels too hard to climb. And it takes a lot of hard work and sacrifice to pay off.

I vowed never again to charge my card to where I couldn’t pay it off.

And I wanted that freedom more than anything I could ever buy.

Now suddenly, the heavy burden of debt was back. But this time it was undeserved. 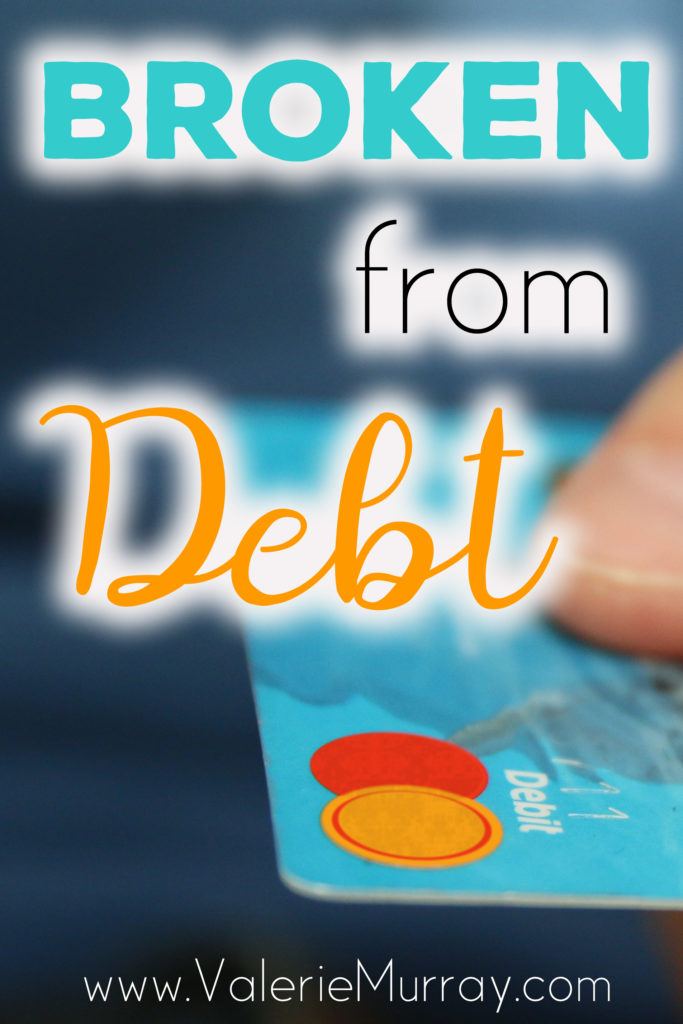 I called my credit card company. I was put on hold for hours and hours talking to someone who would transfer me to someone else as I rehashed my situation over and over again.

I filed a claim.

I called Apple. I was transferred and put on hold for hours.

The bank thought it was Apple’s fault.

Apple thought it was the bank’s fault.

And I just didn’t know.

All I did know was that there was a possibility that if Apple didn’t reverse the charge, I would end up paying for a second MacBook I never purchased and would never receive.

I felt broken. Weighted down by a debt I didn’t owe.

Pulled down by the unfairness of it all.

There’s something about being in lost moments that helps you find your way to understanding what’s really important and what really matters in life.

And the more I thought about it, the more that what really mattered in life became alive in my heart.

I just wanted to hug my children.

My heart broke for the poor like never before.

My problems that seemed so huge to me, I knew were trivial in the light of what other people were facing in life, like the beautiful young mom on FB who just died from cancer a few weeks before Christmas.

But what really broke me, what really sat heavy upon my heart was the realization of what it must have been like for Jesus to pay a debt He didn’t owe.

Jesus took upon himself the debt of all my sin even though He lived a perfect life.

Even though he had no debt, he took mine. A debt that cost Him not some measly 2 grand, but His life. And not just his life, but the full weight of complete separation from His father in Heaven—compounded for all of mankind.

I felt like George Bailey in It’s a Wonderful Life.

I will never understand the full weight of his sacrifice, but felt a fraction of it in a fresh, new way.

For you know the grace of our Lord Jesus Christ, that though He was rich, yet for your sakes He became poor, that you through His poverty might become rich.

Jesus kneeling in the Garden of Gethsemane weeping tears so deep they turned to blood.

How often do I accept the grace of His forgiveness without truly understanding the sacrifice?

Willingly carrying my cross, He laid down and spread out His arms as nails were hammered into his wrists.

I was shocked because I really thought I would be credited immediately.

I called my mom who was compassionate and told my dad. I heard my dad say something in the background.

“Tell her not to worry about it, I’m sending a check in the mail.”

I began to sob.

My dad was going to pay my debt. All of it.

Every cent and more.

A debt he didn’t owe.

It felt like the love of Jesus dying on the cross once again for me. Washing over me, my Heavenly Father showing me on earth that He takes care of me. That He still pays my debt. Every day. Every sin. All the time. No matter what.

Eventually, the false charge was reversed by Apple and my bank replaced the money.

But I know I can’t reverse the stain of my sin on my own. I know I can’t pay the price of my own sin. There is no reversing it. No matter how hard I try.

But our Lord and Savior Jesus Christ, He can. His body was broken to cover my debt. By His wounds we are healed.

But he was pierced for our transgressions,

he was crushed for our iniquities;

the punishment that brought us peace was on him,

and by his wounds we are healed.

Maybe sometimes it’s good to feel the weight of our sin so that we might understand the true freedom from its release.

And maybe, just maybe some of our inconvenient trials are meant to lead our earthly eyes towards heaven in order for us to see clearly the sacrificial love the Father has for us.

That’s what the verse says. Our punishment was “on” Jesus. He took it for us. So we can have peace.

Maybe some of our inconvenient trials are meant to lead our earthly eyes towards heaven. Click To Tweet

Though my sins have been atoned for

though my debt has been set free

may I never forget the price you paid

when you died upon that tree.

Have you ever had an experience that opened your eyes to the sacrificial love of Jesus for you? I would love for you to share in the comments below.

If you enjoyed this post I would be so happy if you shared it.