Powerful Ways God Shows Up When You Least Expect It 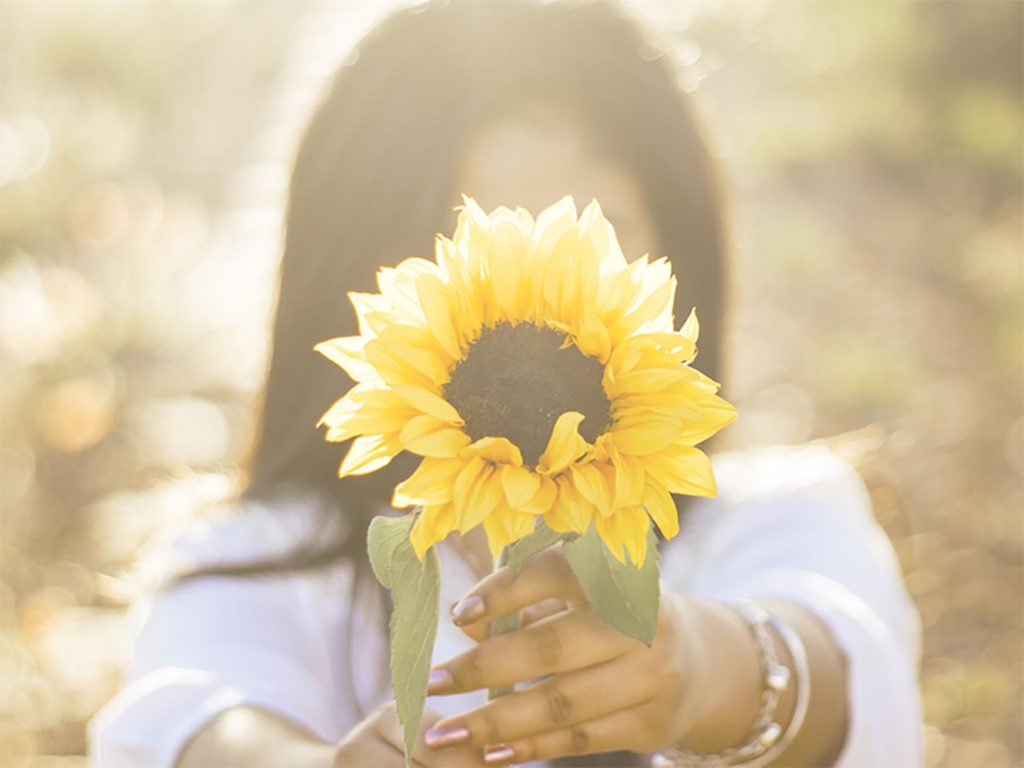 Sometimes God reminds me of His presence when I least expect it.

Last week at Walmart, I backed out of my parking spot at the same time as someone else. It wasn’t a big deal; no one was hurt. But I had my four kids with me and was flustered trying to remember what else I should do besides exchange insurance information.

I was in a fog and started taking pictures of the damage to both cars while trying to get my kids to stay in the van. I didn’t know if it was my fault or hers. Would she be angry? Was she sober? Do I even have my insurance information??

That’s when the woman across the parking lot walked towards me and gently directed me as to what I should do next.

“I’ve been through this before…. I know what it’s like.”

She proceeded to walk me through every step. She never left my side. She even helped me search the glove compartment for my insurance card.

I lifted my arms towards heaven and thanked her.

I gave her a big hug. And even though I would have eventually figured it out on my own, God decided to send me some help.

There have been many other times in my life that God made His presence known when I least expected it.

It happened once before in a toy aisle. It happened when a stranger prayed for me on a city sidewalk because I didn’t know whether to call 911 or drive my daughter to the ER.

This week, I was reading 1 Kings and couldn’t help but notice how God cared for the prophet Elijah. 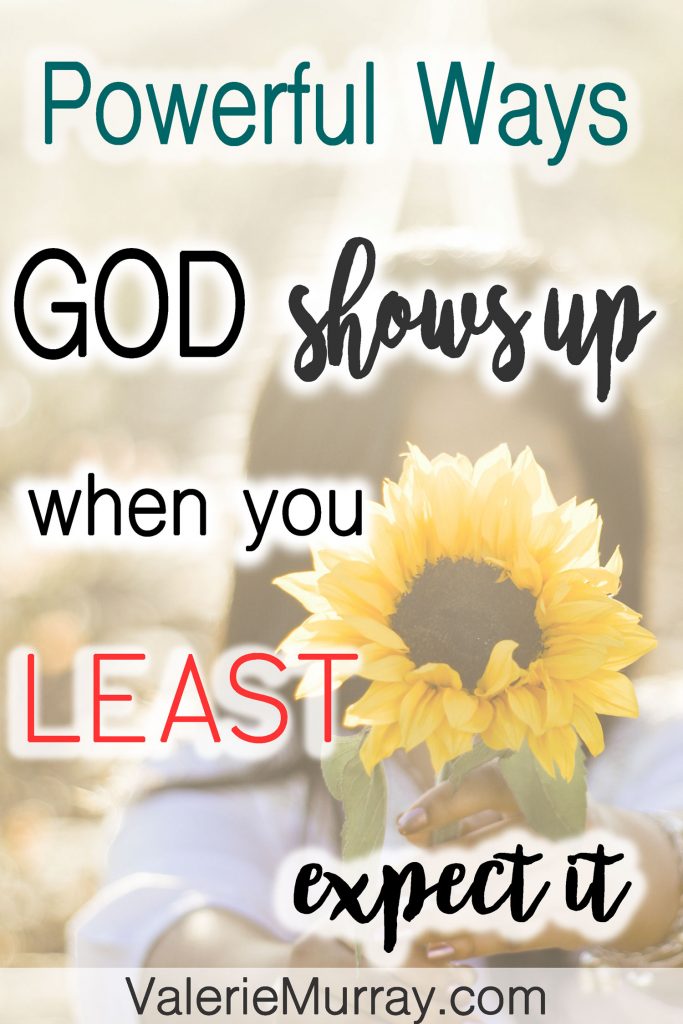 Israel was suffering through a three-year drought. The Lord told Elijah to go to the brook of Cherith where he could drink water and hide from King Ahab who was trying to kill him. God sent ravens to bring him food.

When the brook dried up, God commanded Elijah to go to a city called Zarephath, where a widow would give him food. But this widow was on the verge of death from the famine. She knew it would be the last meal for herself and her son. Elijah told her not to be afraid, but she would need to give her last meal to him.

“For this is what the Lord, the God of Israel, says: “The jar of flour will not be used up and the jug of oil will not run dry until the day the Lord sends rain on the land.” (1 Kings 17:14)

What a huge step of faith this woman took by giving her last meal to a stranger! Her act of faith opened the door to immense blessing. Their food did not run out!

Eventually, the widow’s son got sick and died. She was angry and questioned Elijah’s faith and the God he believed in. He went upstairs and prayed over the boy asking God to restore his life. Then Elijah carried him down to his mother,

After seeing this miracle, the widow believed Elijah’s faith was true.

Years later, Elijah defeated the prophets of Baal. He escaped into the wilderness to hide because King Ahab and his wife Jezebel wanted to kill him.

Elijah was afraid of being killed and tired of being chased. He felt like he had nothing left to give the Lord. He lost hope and asked God to take his life.

Wanting to die, he fell asleep under a Juniper tree.

I love what happens next.

Suddenly, an angel appeared to minister to Elijah in the best ways I can think of—rest, the power of touch, and the nourishment of food.

The angel came back a second time, touched him, and told him to eat.

Elijah was strong enough to travel 200 miles to Mt. Horeb. But he was still soul weary and hid in a cave.

The Lord showed up and spoke to Elijah,

But God didn’t show up in the powerful wind that swept by and tore up the mountains or the earthquake that shook the ground.

It was in a gentle whisper, (a sound of gentle stillness) that called him out of the cave to stand face to face before God.

Elijah didn’t hold his feelings back. He poured his defeated thoughts out to God once again.

God commissioned him to anoint a new king and prophet for Israel. He assured  Elijah that he wasn’t alone—there would be seven thousand Israelites who remained true to God.

Are you tired of doing good because it’s hard to see results? Do you feel like the only one in your family following God?

Are you barreling through your busy life trying to get things done? Do you feel forgotten?

Sometimes God gives us a little tap on the shoulder as if to say, “I’m here taking care of you, even though you don’t always feel my presence.”

Maybe He does it through a stranger at Walmart. A verse, friend, song, text. Or maybe even in a gentle whisper.

I think God makes Himself known in unexpected places and answers our prayers at unexpected times because He wants His presence to be more than just head knowledge. He wants us to know He is with us in the big and small moments of our life.

During this Christmas season, let’s remember how Jesus came to earth in an unexpected way. He left the glory of heaven and came to save the world starting as a baby in a smelly stable. Then He lived a perfect life and died for our sins on a cross between two thieves.

He entered into the constraints of a human body in order to relate to us. He extends his nail-scarred hand hoping we’ll trust Him to guide us through our day as He gently whispers into our frantic lives,

“Don’t worry. I’ve been through this before…. I know what it’s like.” 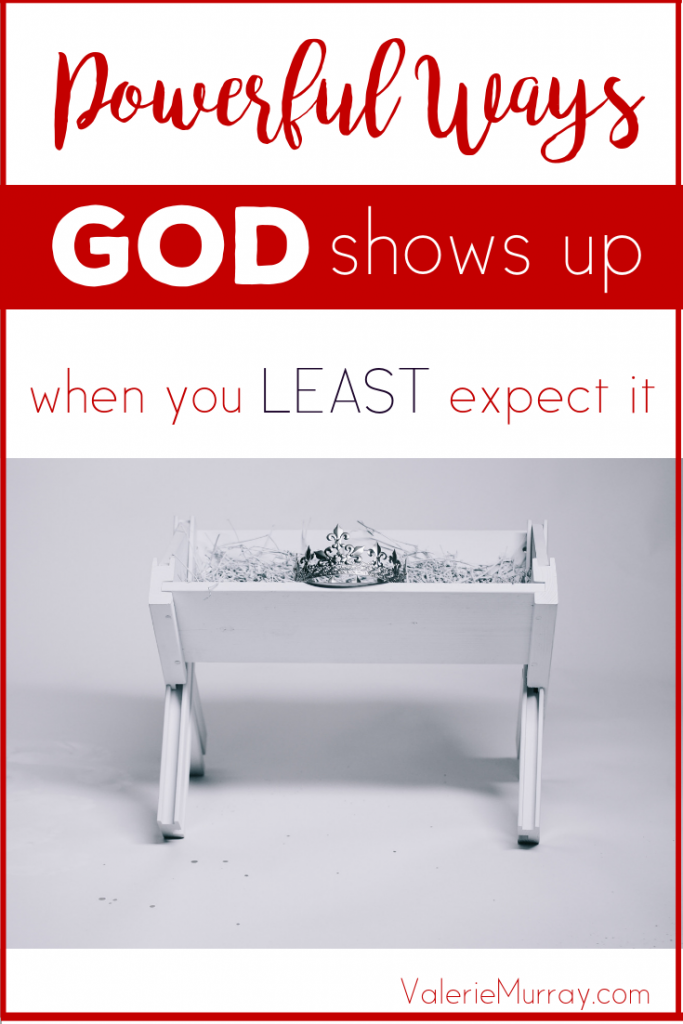