How To Respond When You’re Misunderstood 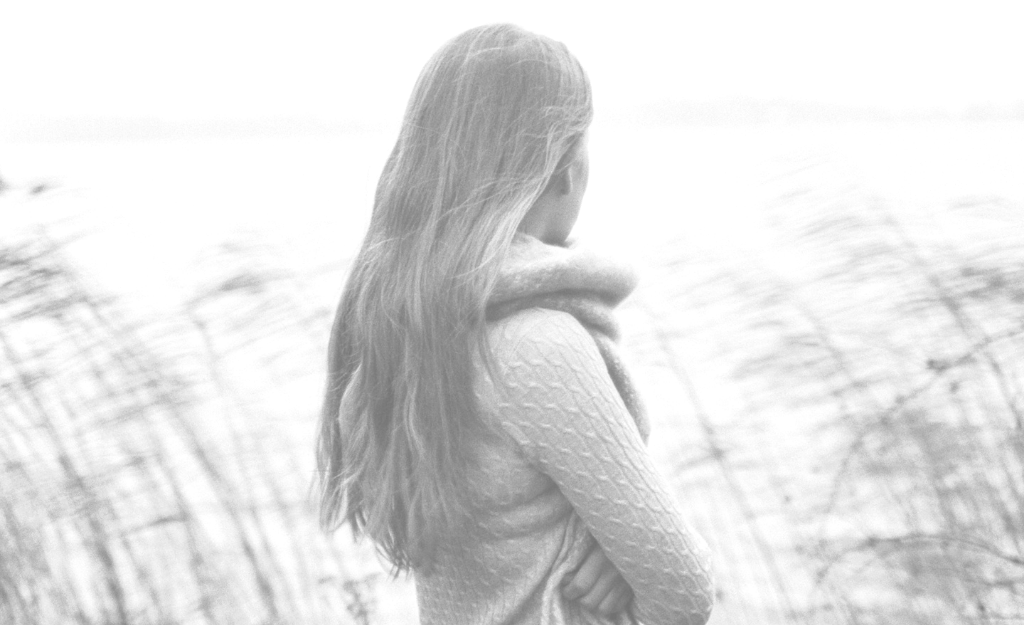 Has anyone ever misjudged your actions and intentions?

Feeling misunderstood can be painful! I’m afraid of being misunderstood by my fellow brothers/sisters in Christ. I often feel like I’m on high alert, being careful with everything I say and do to prevent myself from looking bad.

Misunderstandings will happen. They are a part of life—a part of being human. I see them all the time in my Facebook feed and I deal with them at home. I’m sure you’ve experienced them, too.

How do you respond when you’re misunderstood?

Did you know there were even misunderstandings written about in the Bible? In fact, we can learn some helpful ways to respond from them.

Some commentaries suggest Moses misunderstood two of the tribes of Israel. God appointed Moses to lead the Israelites to the Promised Land, but along the way, the Israelites complained and disobeyed God—hence, wandering in the desert for 40 years.

They made their way to the Promised Land by conquering territories, then collecting and dividing the war spoils. The Reubenites and Gadites conquered the land on the East side of the Jordan and wanted to keep it. So they made their “big ask.“ “Let this land be given to your servants as our possession. Do not make us cross the Jordan.”

Moses thought they were being selfish. He thought they didn’t want to help the Israelites fight. “Should your fellow Israelites go to war while you sit here?” (Numbers 32:6 NIV)

Moses reminded them of the Lord’s anger against Israel for disobedience and making them wander in the desert.

“And here you are, a brood of sinners standing in the place of your fathers and following him, he will again leave all his people in the wilderness; and you will be the cause of their destruction.” (Numbers 32:14 NIV)

Moses had good reason to scold any lack of wholehearted devotion to the Lord. After all, his own disobedience prevented him from entering the promised land. And their plan sounded suspicious.

Why wouldn’t they want to enter the promised land?

It seems to me these three tribes were settling for something good that wasn’t God’s best. They thought their intentions were good—to provide for their women, children, and livestock. 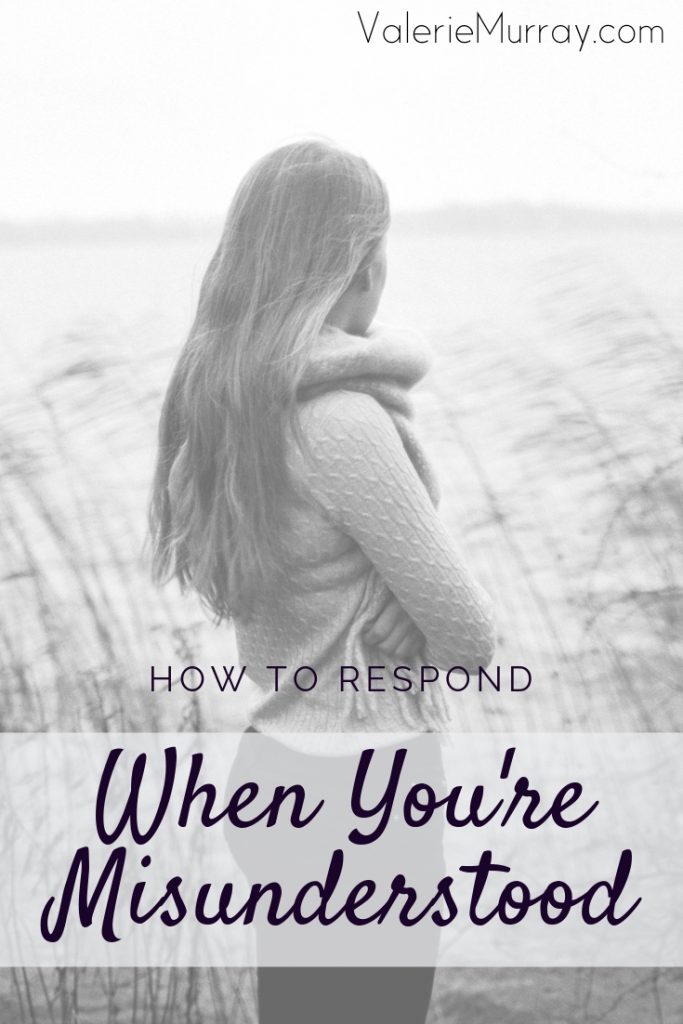 They told Moses they would fight, but wanted to establish fortifications, leave the women and children protected and come back to settle there only after the battle was won.

“We would like to build pens here for our livestock and cities for our women and children. But we will arm ourselves for battle and go ahead of the Israelites until we have brought them to their place. Meanwhile, our women and children will live in fortified cities, for protection from the inhabitants of the land. We will not return to our homes until each of the Israelites has received their inheritance. We will not receive any inheritance with them on the other side of the Jordan, because our inheritance has come to us on the east side of the Jordan.” (Numbers 32:16 NIV)

What can we learn from their response?

Moses reminds them of their promise and agrees to let them establish their land, fight for Israel, and then go back to the land they had chosen.

There are other examples of misunderstandings in the Bible as well.

Eli misunderstood Hannah. When she prayed to the Lord, “weeping bitterly,” over her barrenness, Eli thought she was drunk.

“How long are you going to stay drunk? Put away your wine.”

Hannah responded in the same way as the three tribes—by explaining her situation:

“Not so, my Lord. I am a woman who is deeply troubled. I have not been drinking wine or beer: I was pouring out my soul to the Lord. Do not take your servant for a wicked woman; I have been praying out of my great anguish and grief.” (1 Samuel 1:15-16 NIV)

When David talked about killing Goliath, his brother Eliab accused him of being conceited and wicked at heart.

“I know how conceited you are and how wicked your heart is: you came down only to watch the battle.” (1 Samuel 17:28 NIV)

Saul heard about the conflict and asked to see David. Saul told David he thought he was too young and unqualified to fight Goliath. But David talked to Saul and convinced him. Then Saul said, “Go, and the Lord be with you…” We all know who won that battle!

We can’t prevent people from thinking wrong about us. All we can do is speak the truth. Click To Tweet

I’ve tried hard to defend my character when someone misconstrues my intentions. And it doesn’t always work out so well. We may not always be able to convince the person otherwise like the three tribes, Hannah and David.

So what do we do when people assume the worst about us?

Rest in the assurance that God knows the intentions of your heart.

There comes a time when defending ourselves is pointless. When efforts for healthy communication result in added tension, it may be time to let go and let God defend us. We have to place our worth in Him and not what other people think. Then, discern God’s voice and continue following where he leads.

“Defend my cause and redeem me;

We can rest in the fact that God knows our heart, our actions, and intentions. Click To Tweet

We let go of the fear of man, what people think of us, and instead, fear the Lord. He is the Almighty Creator who knows everything about you. He is the one who searches your heart and forgives your sins.

The Reubenites and Gadites kept their promise. And when they returned to their land, they were misunderstood again! It appeared they were disobeying God. They built an altar at the Jordan! Doing the very thing they weren’t supposed to do. Worshipping other Gods—or so it seemed.

Phinehas and 10 chief priests approached them.

“The whole assembly of the Lord says: “How could you break faith with the God of Israel like this? How could you turn away from the Lord and build yourselves an altar in rebellion against him now?” (Joshua 22:16 NIV)

They would be put to death if no-one believed them.

They explained as best as they could. They built the altar as a memorial to the Israelites on the other side of the Jordan and to all future generations, to be a witness that they would worship only God. They named the altar: A Witness Between Us—that the Lord is God. (Joshua 22:34).

Once they explained their motives, they trusted that the Lord knew their hearts.

“Then Reuben, Gad and the half-tribe of Manasseh replied to the heads of the clans of Israel “The Mighty, One God, the Lord! The Mighty One, God, the Lord! He knows! And let Israel know! If this has been in rebellion or disobedience to the Lord, do not spare us this day. If we have built our own altar to turn away from the Lord, and to offer burnt offerings, or to sacrifice fellowship offerings on it, may, may the Lord himself call us to account.” (Joshua 22:21-23 NIV)

When Phinehas and the leaders “heard what they had to say” they were pleased.

“Today we know that the Lord is with us because you have not been unfaithful to the Lord in this matter.” (Joshua 22:31 NIV)

When there’s been a misunderstanding in your life, remain calm and communicate the truth. Pray the verses below to see if there’s a hidden motive in you that’s not rooted in love. Confess sin, then rest in the God who knows your heart.

“Search me, God, and know my heart; test me and know my anxious thoughts. See if there is any offensive way in me, and lead me in the way everlasting.” (Psalm 139:23-24 NIV)

“Yet, O LORD of hosts, You who test the righteous, Who see the mind and the heart; Let me see Your vengeance on them; For to You I have set forth my cause.” (Jeremiah 20:12 NIV)

“Therefore judge nothing before the appointed time; wait until the Lord comes. He will bring to light what is hidden in darkness and will expose the motives of the heart. At that time each will receive their praise from God.”( 1 Corinthians 4:5 NIV)

“Would not God have discovered it, since he knows the secrets of the heart?” (Psalm 44:21 NIV)

“All a person’s ways seem pure to them, but motives are weighed by the Lord.”  (Proverbs 16:2 NIV)

How have you handled misunderstanding in your life? What has helped you trust God and let go of the fear of man?