When You Doubt God’s Love in Grief 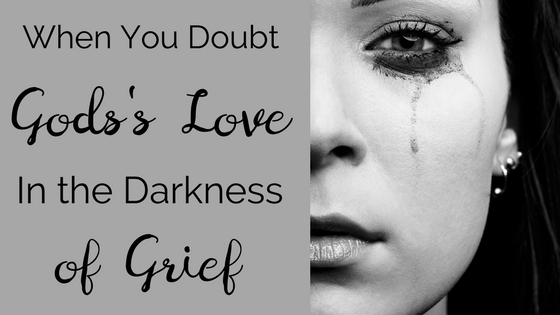 Grief was like a dark cloud, suffocating the room with its anesthetic, crippling the mind of making sense of this new reality. Some of us were weeping and some stood in shock as the body of my husband’s dear mom—my mother-in-law—lay lifeless on the floor, her soul now rejoicing in the presence of God. I thought maybe God would shine a ray of light or give some sign of her presence in Heaven to give us hope here on earth. But the sorrow was so thick it was hard to see.

Lord, why don’t you relieve this blackness?

Our Pastor pointed out the sparrow picture above her bed that said, “His eye is on the sparrow and He watches over me.”

I never noticed the picture before. But the words darted out from the frame right into my heart–once again.

But this time the richness of those words stood stagnant in the stale air as my only doubting thought silently screamed, “If you were watching over her then why did you let her die?”

My pastor didn’t even know the meaning those words had in my life. All the moments leading up to this when God ministered to me, revealing the confirmation of His love for me during times where I felt like my prayers were left unanswered.

I had doubted the truth of Matthew 6:26 before.

Look at the birds of the air; they do not sow or reap or store away in barns, and yet your heavenly Father feeds them. Are you not much more valuable than they? (Matthew 6:26 NIV)

Are not two sparrows sold for a penny? Yet not one of them will fall to the ground outside your Father’s care. And even the very hairs of your head are all numbered. So don’t be afraid; you are worth more than many sparrows. (Matthew 10:29-31 NIV)

Its truth had been revealed to me over and over again until I believed it with all my heart.

And now here I was again questioning His love for me,  God why did you allow my 7-year-old daughter to be alone with her deceased body that morning?

My mother-in-law had a brain aneurism and died in her sleep the same night my daughter spent the night at her house. When Madeline woke up she tried waking her Grandma up. She hugged her and got ice for her knee that she previously had surgery on. She tried helping her out of bed until the weight of her lifeless body fell to the floor. She took the popcorn they made together the night before while watching a movie and had her smell it.

“Grandma, I’m hungry wake-up!”  She tried to open her eyelids. Then she went into another room and began to draw pictures. She drew pictures to try and make sense of it.

“Grandma I’m sorry that you peed the bed.”  She repeatedly tried waking her up and then would go back to drawing.

“gma I’m sry you dyd” with pictures of herself weeping. I found stacks of pictures and notes on the coffee table. 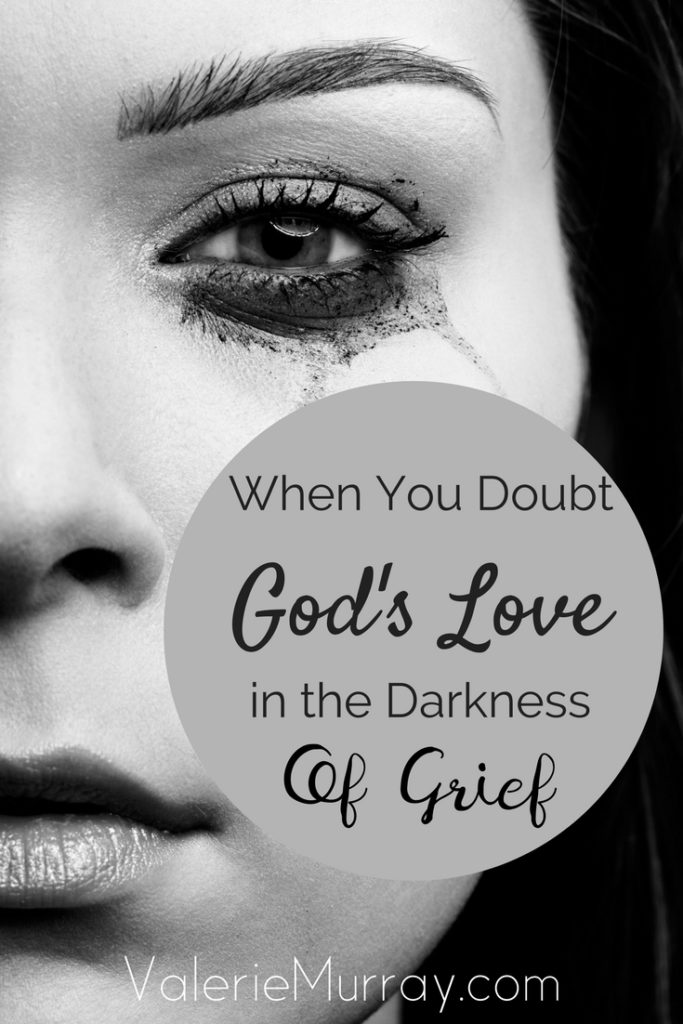 Just two years previous, my father-in-law passed away on a hospital bed as my husband and brother-in-law performed CPR until their shirts were saturated in sweat. But he was not coming back. My heart ached for my husband now dealing with the loss of his mother in such a sudden manner and being the one to discover that she had died.

As I looked at the sparrow picture hanging above her bed, I remembered the same doubt I felt 10 years ago when I saw the small birds chirping in the trees. I had been trying to have a baby. All I wanted was to be was a mother.

I looked up and told God that I didn’t believe He could actually really care about a bird falling from a tree when he didn’t even care about me. I was so tired of the monthly disappointment that it felt like he just didn’t care. When I came home I randomly opened my Bible and the highlighted: Matthew 26 seemed to jump out at me. I knew it was God telling me that it was true. He does care.

During the course of 6 years of infertility and 14 failed artificial inseminations, God would reveal his love to me through our own special sign—the sparrow. I received calendars with pictures of Jesus tenderly holding a sparrow. I would see them and hear them at the exact moment I needed after a failed insemination. 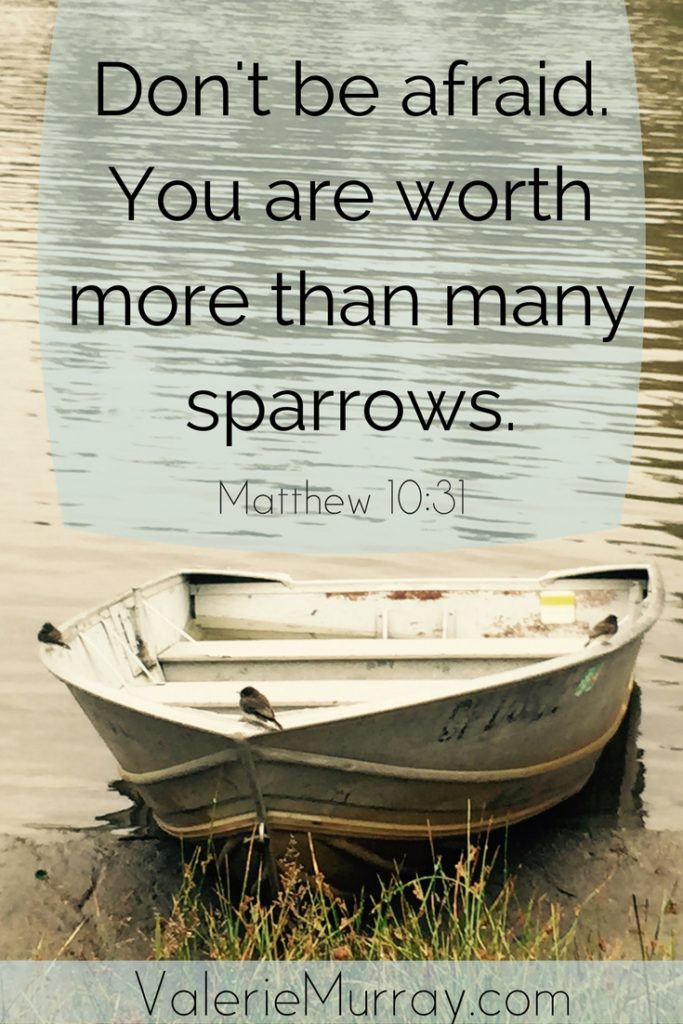 But now here I was again, doubting.

Funeral preparations were in full swing. My daughter had taken home some of Grandma’s worship CDs.

She didn’t know that I was in the other room quietly weeping. I had held the tears in and they just decided to flow.

My grief was suddenly quieted when I heard the sounds of worship. I stopped and listened intently realizing I was hearing the words to the song “His Eye is On The Sparrow.”

I didn’t even know my daughter knew how to put a CD in the boom box or that we even had this song.

Once again, the Lord was giving me my sign of His love for me.

Why should I feel discouraged, why should the shadows come,

Why should my heart be lonely, and long for heav’n and home,

When Jesus is my portion? My constant Friend is He:

For His eye is on the sparrow, and I know He watches me.

“Let not your heart be troubled,” His tender word I hear,

And resting on His goodness, I lose my doubts and fears;

Though by the path He leadeth, but one step I may see;

Whenever I am tempted, whenever clouds arise,

When songs give place to sighing, when hope within me dies,

I draw the closer to Him, from care He sets me free;

I soaked in every word of that song and thanked God for his persistence to remind me once again that He is present, near and full of love for me.

I share this with you because I want others to know that God’s presence is near in grief even when we don’t feel Him. He is there and He loves you. 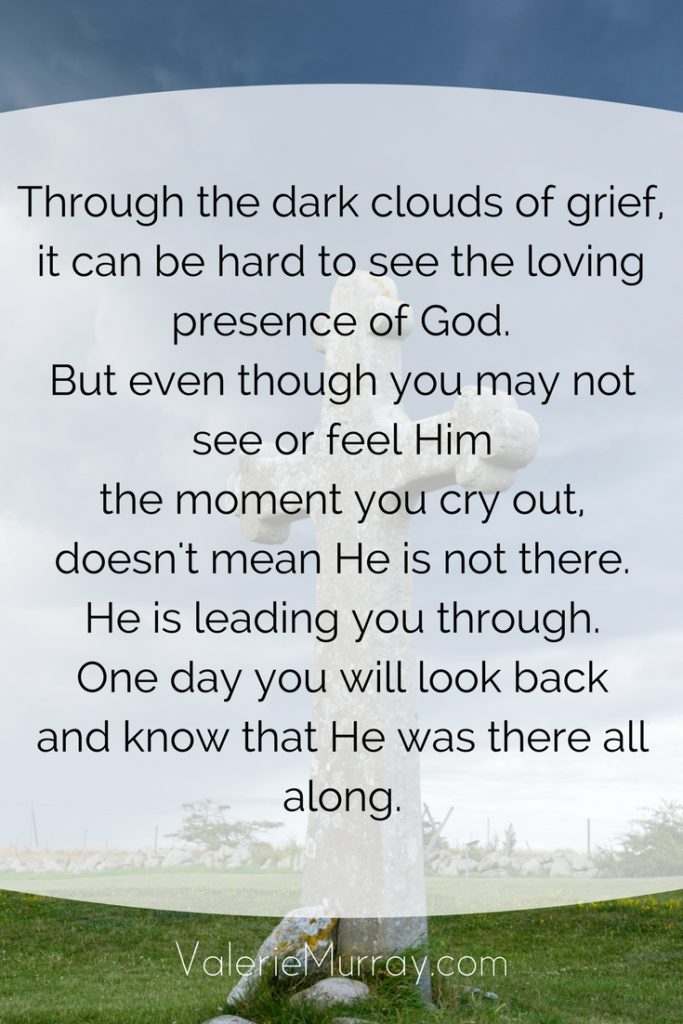