Too Good to Be False: Book Review 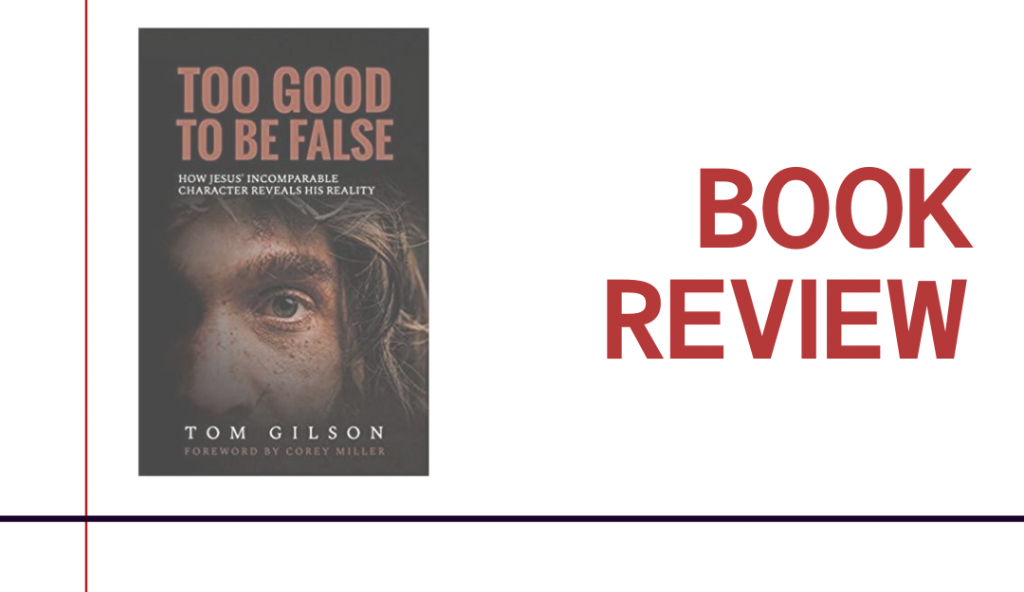 Too Good to Be False: How Jesus’ Incomparable Character Reveals His Reality by Tom Gilson takes a fresh approach to help others understand the reality of Jesus by accounting for the things Christ didn’t do.

This book helped me appreciate the uniqueness of Christ being both fully human and fully God. The author’s writing encourages the reader to think critically about the character of God and how Jesus relates to us by becoming human and cares for us by living a perfect life. For example, Gilson writes about the many ways Jesus’ mission could have been thrown off course by being swayed by his family, countrymen, proprietary, and popularity.

“He was on a mission to change the world, completely and forever. He did it for joy and to reconcile us to God. He never wavered even a moment on the path. He never doubted it would happen according to plan.”

My favorite part of the book explored the paradoxical leadership of Jesus.
I never thought about how Jesus’ leadership style breaks every rule in the book. How would you like to follow a boss who thought he was perfect? Who never learned from his mistakes? Who never improved or asked for anyone’s opinion? Who claimed to be the final authority?

“Jesus had the authority to lead. He could take charge because he really was in charge.” 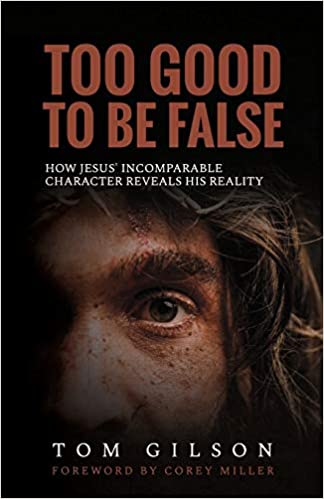 “Jesus didn’t seem to learn from his mistakes, because he never made any. He never needed advice because he already knew. He acted like he knew it all because he actually did.”

So why did people follow Jesus if he broke all the leadership rules? The character of Jesus—his love, goodness, and trustworthiness revealed the truth and reality of who he was.

“Considering all he had going against him in terms of standard leadership traits, why did people follow him anyway? Above all else, it must have been his overwhelming supernatural love. He served in humility, caring, and radical other-centeredness. That’s the kind of man who attracts followers. The disciples died for Jesus because Jesus died for the disciples.”

The author explains how Jesus never used his power for his own benefit.

“Jesus is the lone, striking exception to an otherwise universal human reality: character tends to crumble when it obtains too much power.”

“If Jesus is impressive for never getting an answer wrong, he is even more so for never getting his way of answering wrong. With the weak, he is tender, but to the strength, he brings the force of his mind and his authority.”

Gilson’s apologetic teaching confronts skeptics who think the gospel writers made up Jesus. If the life of Jesus was a legend, it would be impossible for the writers to display the Godhood and humanity of Jesus perfectly, never contradicting one another.

“There’s really just one good explanation for Jesus’ character, no one made him up. No one could have. The stories must be true accounts for the real-life Jesus lived by the most extraordinary person ever. He’s too good to be false.”

I highly recommend this book because it will help you understand the character of Jesus in ways you’ve never thought of before.
I received a free copy of this book from the publisher in exchange for my honest review.