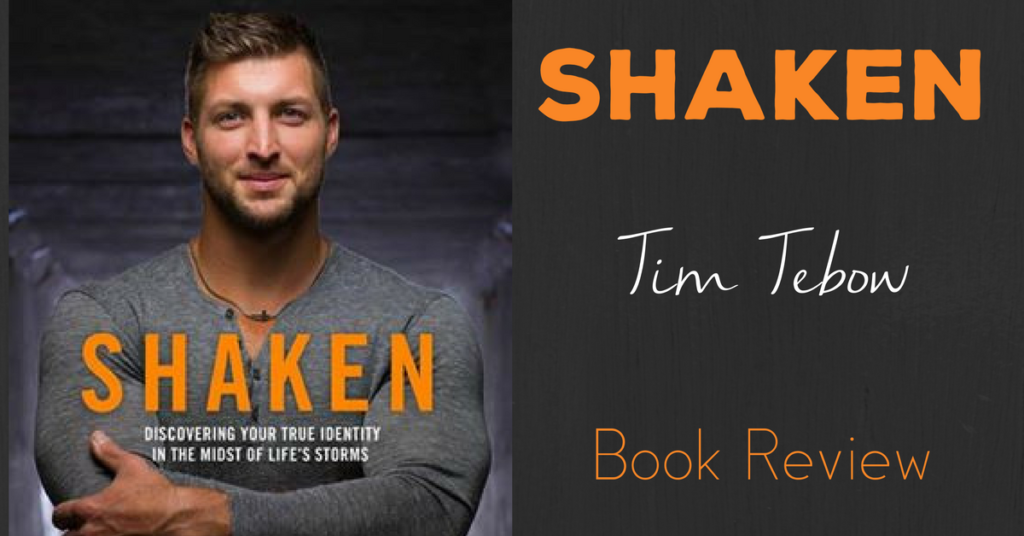 Has your world ever been shaken, your plans and dreams left shattered, leaving you confused and discouraged?

After 6 years of infertility, the day after rejoicing over the miracle of my first positive pregnancy, the doctor told me the words that would shatter my dreams into a million pieces.

“You’re bleeding internally. Your pregnancy is ectopic. If you don’t have emergency surgery to remove it, you could die.”

In that moment, my world was shaken. I didn’t know if I would ever be a mom. Yet in my lowest of lows, while I was being wheeled in for surgery, I had peace because I knew I had what mattered most. I had Jesus. And nothing could take Him away from me. Although my world was shaken and I was devastated, I knew I’d be ok.

In that moment, I had no idea that God’s plans for me were far greater. I woke up from surgery. The pain was gone. And I was told the news. I was still pregnant. The doctors could offer no explanation as to why there was none of the internal bleeding they saw on the ultrasound. But I knew. It was a miracle.

When I was invited to apply for the launch team of Tim Tebow’s new book, Shaken, there was no doubt in my mind that I would turn in my application–not because I’m a football fan, because actually, I’m really not–but because I’ve always loved what Tim Tebow stands for. He stands for truth and his faith is strong. I was interested to learn more about the trials he faced and how he got through them.

I remembered him most from the Bible verses he wore on his eye blacks and for praying on the field. I didn’t know that the word “Tebowing” is actually an official word now in the English Dictionary or that ninety-million people googled John 3:16 to find out what it said.

But I did have an inclination that he was a humble man of God. And I’m happy to say that, this book confirmed my beliefs. 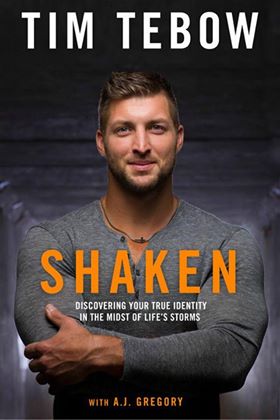 This book is written for everybody, not just football fans.

He encourages readers to find hope in knowing where our true identity comes from no matter what highs or lows come our way.

Tebow experienced the highs of a successful college football career with the Florida Gators, winning two national championships and a Heisman Trophy. He played in the NFL for the Denver Broncos and then was traded to the New York Jets. But after only one season, he was released with his hopes and dreams of being a quarterback crushed.

Shaken uncovers the lessons he learned about identity and staying grounded in the face of doubt, fear and criticism.

When we are grounded in whose we are, not only can we handle the storms that come, but we can also begin to move forward in a more purposeful direction.

From being praised by presidents to having media headlines shred his name, Tebow is confident in whose He is–a child of God.

My identity is based on belonging to God. No one can take this foundation away from me.

Throughout the book, Tebow introduces some amazing people he’s met who’ve shown great courage, faith and hope during the darkest times in their lives. These people found hope and courage in the face of cancer, brain tumors and life-altering disabilities.

Tebow believes in giving and spreading the hope found in having a relationship with Jesus Christ.

He started the Tim Tebow Foundation to spread God’s love to children around the world. W15H also fulfills the dreams of children with life-threatening illnesses whose wish is to meet Tim.

I enjoyed reading about these inspiring relationships and the dynamic of giving and investing in the lives of those in need, only to be blessed tenfold in return.

This book inspired me to want to use my life to make a difference in the world.

Don’t limit what He can do based on how you limit yourself. Be you, and let God be God. The little things we do each day add up to something greater, something we will ultimately leave behind. What that ends up looking like for you and for me will depend on how you live, knowing whose we are.

And for Tim Tebow, he wants to be remembered for much more than the legacy he’s made on the field.

I want to live off the field in a way that outlives me.

Check out Tim’s website here. You can even download the first chapter of his book for free and pre-order a book!

I received this book for free from the publisher in exchange for my honest review.

*Amazon is an affiliate link. See my disclosure page here.