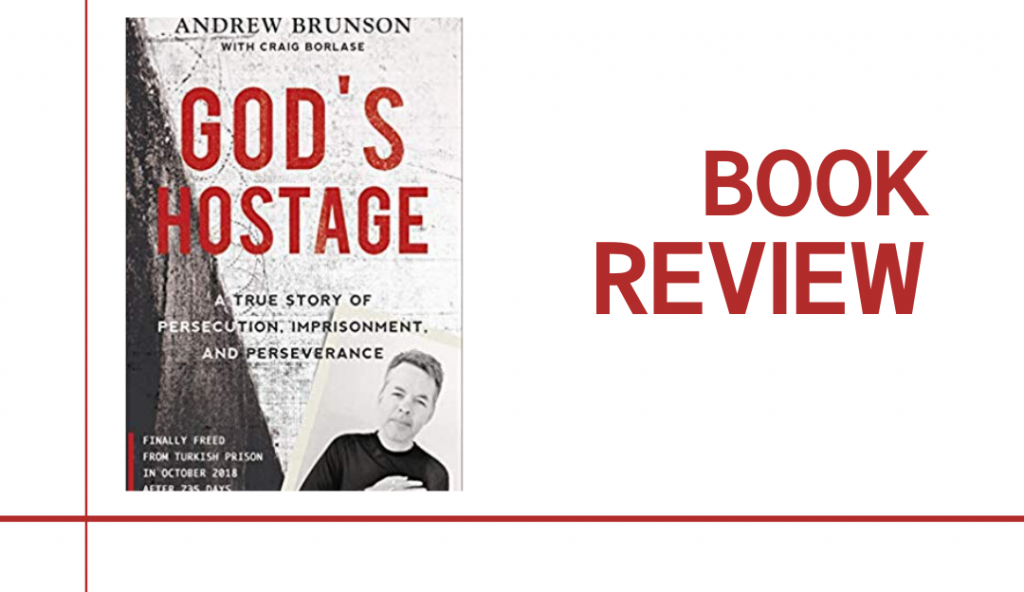 People all over the world prayed for missionary Andrew Brunson’s freedom. When I saw he had written a book about his two-year captivity in Turkish prisons, I knew I wanted to read it.

God’s Hostage: A True Story of Persecution, Imprisonment, and Perseverance

is a riveting account of Brunson’s struggle to stay alive and hope in God during his imprisonment.

Turkey is the largest unevangelized country in the world, known for being hostile to Christians. Andrew and his wife Norine served as missionaries there for 23 years. They started churches and ministered to refugees in Syria. They hoped to make Turkey their permanent home. But before they could, they were both thrown in jail. The state released Norine but accused Andrew of being a spy. Norine stayed in Turkey and fought for her husband’s freedom all the way to the White House. 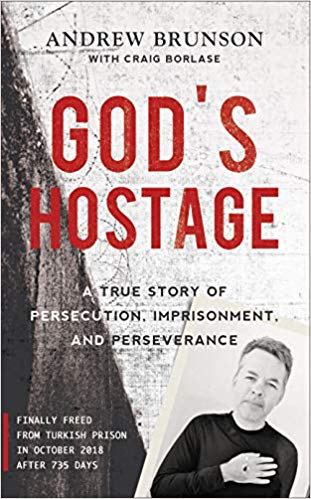 Norine visited her husband as often as the state allowed. Andrew became frail, desperate, and suicidal. Norine pleaded with him not to end his life. He struggled with panic attacks and severe anxiety that caused insomnia.

“Each morning, as soon as the guards opened the door to the courtyard, I was outside, pacing the seven steps by five steps over and over again. I wanted to tire myself out hoping that if I walked enough during the day I’d then stand a chance of getting some sleep at night. I was desperate to sleep.”

I appreciated Brunson’s transparency about his mental, emotional, and spiritual struggles as he waited on God.

After he was transferred to a maximum-security prison, Brunson knew he had to fight for his faith and not give up.

“If I did not survive spiritually, I knew I would lose everything. I had spent so many hours pacing the courtyard or lying on my bunk, accusing God, confused, and often angry and offended at him. But now I made a solemn decision, and announced it to God, almost in defiance: Whatever you do or do not do, I will follow you.”

God’s Hostage takes you through Brunson’s journey from his arrest, imprisonment, trial, and release. This book held my attention and was an inspiring account of pastor Brunson’s faithfulness to God in the midst of persecution.

I received a free copy of this book from Baker Publishing in exchange for my honest review.